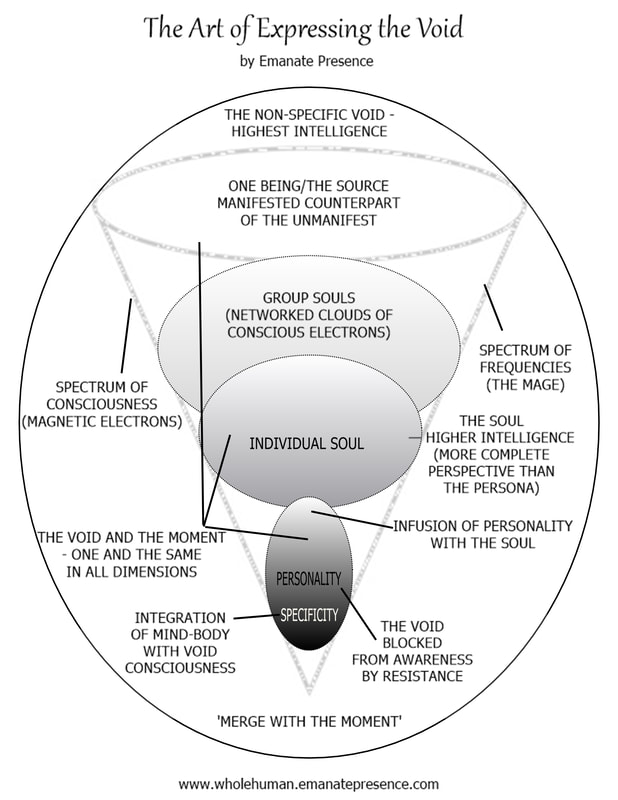 REALIZATION 1: BEING ON THE PATH

Spiritual seekers, or those participating in their own personal development or conscious evolution, or who consider themselves to be awakening, sometimes refer to themselves as being 'on the path.'

A starting place for being 'on the path' is to know one's true identity and place in the scheme of things. Who am I, really? Why am I here?

Ageless wisdom, also known as the perennial philosophy and the esoteric tradition, answers those questions by specifying aspects of the individual — such as personality and soul, the lower and higher selves. In general, it says the soul is the authentic self and the purpose of the personality is to express the soul.

​The esoteric tradition also says that soul is consciousness and that consciousness evolves. Does the ageless wisdom itself evolve? In some ways it seems to be stuck in its own tradition of pillars and rays. On the other hand, it is still rich with universal insights and uplifting inspiration.

Concepts are mental and therefore limited. The story of the discovery of electricity and its development into practical applications is the story of evolving concepts. Without an evolution of conceptual understanding, the next page of that story would not have been written as it was in 'The Electric Universe' — neither in the book nor in human history.

The division of natural cycles into minutes, hours, days, weeks and months is conceptual. Every idea of a visionary is a mental concept.

Especially in the esoteric, concepts are never fully the actuality, are they? They serve only to ease the mind into a comfort zone of understanding. Even though the understanding is not literally accurate, it can be useful 'on the path'.

However, there is another way of living. That is, to live from an unknown understanding and to know what is needed to be known in the moment. It is to remain non-specific until specificity is required. This could be called the art of expressing the Void.

Sure, every word is a concept and to express the idea of the void in normal human terms requires language. Words cannot give an experience of the Void (capitalized because of its all-inclusiveness.) Even if a feeling of the Void is not conceptual, as soon as it is described in words it becomes a concept.

The void pervades all. I think of it as the self-aware substance of space, and the most complete of the consciousness spectrum. While having telepathic conversations with the consciousness of electrons, I heard the void referred to as non-specificity. However, each person may have their own term which 'works' for them for a time. Non-specificity seems to me the least conceptual, as it is exactly what it says.

The unmanifest void I understand to be pure potentiality which manifests through the whole range of dimensional existence. It does not have higher and lower, light or dark, as it is non-specific and beyond properties.

The unmanifested is the Absolute, the pure and formless ground of being from which creation and manifestation arise. As such, the unmanifested is free from change, the unmoved mover. It also, necessarily, cannot be explained or comprehended in terms of any manifest reality. - ​Unmanifest - Wikipedia

Consider that the unmanifested is free from change, and that the number of charges in the universe has not changed since its beginning:

The universe is very old now, and the original electric charges have long since dispersed. Many of the individual charges were destroyed as they travel the galaxies, but in their place — always — new charges were created. No exception has ever been found; the sum of electric charges in the universe has never changed. - Electric Universe by David Bodanis

The non-specific void and the specificity of personality have become useful concepts on my path. When I allow non-specificity into my awareness, I feel more spacious and expanded, more attuned to the whole and at one with all. In that space there is no division and no contention. Words such as bliss and joy are still concepts and inadequate to describe it.  Unconditional love is more clear to me as non-specific love.

The further a person goes with their mental faculties into specificity, such as analyzing or becoming overly focused on detail and losing the larger picture, the further is their awareness and experience from the non-specific void. That may be generalizing but it feels so in my experience and I realize the benefit of balancing specificity which tenses and contracts with non-specificity in my awareness. Then I feel expanded and spacious again.

The Void on Whole Human blog.

A person 'on the path' has certain choices to make in everyday life, such as:

Do I choose to live for sensory stimulation only, or to experience the intensity of the underlying current?

Do I choose knowledge and power, or communion with the Void?

Certain of these choices may require a change of lifestyle, and that is another choice.

The soul clearly is a concept, as it is defined in different ways by various traditions, each claiming authority. 'The Art of Becoming the Soul', an online course by Soul Bridging, makes these observations about the soul and the personality:

Soul references the larger picture, and sees that each is part of the greater whole.
Personality is always self-referencing.
When I see myself in another, soul is involved.
Soul love is broad, inclusive.
Soul is the agent of higher mind and love.
Personality judges through quantitative measures — how many, how much, how often.
Soul measures qualitatively — how well.
The inspiration of personality is in self-interest.
Inspirations impulsed by the soul decentralize you to make life better for the other.

In the esoteric philosophy, soul is understood as consciousness.
The individual soul is the highest aspect of that person's consciousness.
As consciousness, the soul is in everything.
The soul path is about you — your heart, mind and capacity.
As the heart awakens more, you feel yourself as being much more connected.
Awakening also means realizing the highest and best in you.
On the path, one moves into a higher value system.
When living more from the soul, the authentic self, one is living as life is designed to be lived.

The soul on Whole Human blog.

Change the wording of questions for your way of understanding.

NEXT - REALIZATION 7: MAKING A PERSONAL MANUAL
NEXT: How to Make Your Personal Manual

On the Whole Human blog:
Consciousness
Soul
Void
​The above diagram is available here as a printable PDF for free download:

Credits and links are appreciated.
​
The information on this website is not an alternative to medical advice from your doctor.

Each person is self-responsible for their own choices and actions.